Our team is at the heart of an extensive network supporting the Armed Forces community across Ayrshire. We pinpoint the support you need and put you in contact with experts who can help.

We can provide support for a wide variety of issues such as housing, employment, education, finances, mobility and mental health. Whatever problems you are facing, we can get you the support you need to take control of your life.

Thank you to both The MacRobert Trust and LIBOR for their generous funding which supported us in setting up the centre.

David joined Poppyscotland in 2017 and works as the Welfare Support Manager in the West of Scotland. He had a 22 year career within the Royal Air Force’s Photographic and imagery trade, travelling and serving on detachments and bases throughout the world, including Australia, South America, the Middle East and Europe. Prior to leaving the RAF in 2003, he studied and qualified with a BSc (Hons) in Health and Social Care, and a diploma in Social Work.

Debbie took up the post of Welfare Service administrator with Poppyscotland in August 2017. Prior to taking up the position Debbie studied for her honours degree at UWS, she then worked as an administrator at Ayrshire College for the Head of Technology and Trades and the Head of Science, Maths and Aeronautics. She then accepted a position of project administrator with the charity Addaction, who provide support for people with substance abuse issues. Debbie lives outside Ayr and her hobbies include volunteering and socialising with family and friends.

Michelle joined Poppyscotland in 2018 as one of the Welfare Coordinators. Prior to working for Poppyscotland, Michelle spent 12 years in the Health and Social Care sector, with experience in both children and adult services. Michelle has a particular interest in Mental Health and keen to progress in that area, she is currently studying BSc Mental Health Nursing at UWS.

Tracy joined Poppyscotland in July 2019 and is one of the Welfare Coordinators in the Ayrshire Office. She has been married for 21 years and her husband served in the Armed Forces for 34 years. Her husband’s postings meant that her family have lived all over the world and, as a result, most of Tracy’s  job roles have been working alongside the Armed Forces and its community. Prior to her move to Scotland in 2019, Tracy spent nearly five years at Help for Heroes supporting Veterans who were wounded, injured or sick.

Due to current public health restrictions, our Welfare Centres are currently closed. However the teams are working remotely to provide continued support to those in need.

They can be contacted during office hours by phone 1563 598000 or email kilmarnock@poppyscotland.org.uk

Poppyscotland Ayrshire can be found in Kilmarnock centre. We are close to both the bus and train stations and there is a large car park nearby. View directions. 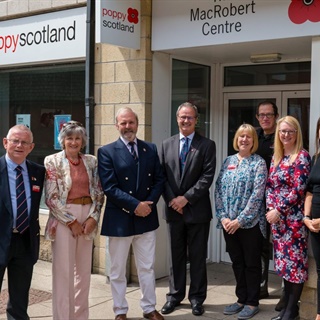 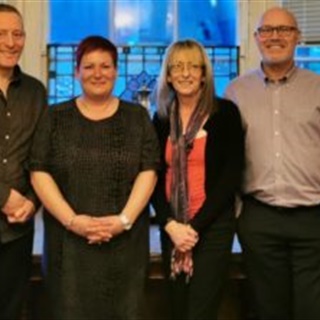 One-to-one support to veterans, and their families, on a local level across the whole of Scotland. 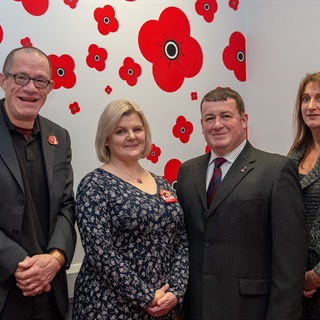 The centre offers an approachable, confidential service that involves one-to-one conversations to explore your situation, identify the issues and obtain the help you need. 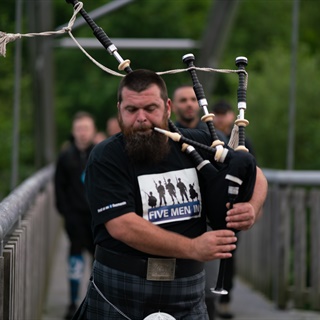