The history of the band

The history of The Band of The Royal Regiment of Scotland

The Band of The Royal Regiment of Scotland was formed in 2006 but Scotland as a country has been immersed in the tradition of military music for centuries. Some of the earliest recorded military connections with music come from Scotland; the staged battle between King Robert III of Scotland’s subjects in 1396’s Battle of the North Inch is the first recorded example of using music as an inspirational tool for participants and provides the catalyst for a shining musical heritage which continues to thrive and exist in modern British society.

Scotland’s principal musical foundation of the highland bagpipes flourished after this initial exposure with countless stories of unofficial pipers taking to the battlefields, culminating in bands becoming officially recognised for Highland Divisions of the British Army in 1854. This success prompted not only the initiation of structured practice of the bagpipes but an opportunity for military music of all descriptions to flourish in Scotland. The appetite for an alternative to pipes and drums continued to grow in subsequent years. Bands comprising of orchestral instruments steadily growing in stature at British Army ceremonial events in Scotland throughout the second half of the 19th century: albeit in groups of small numbers consisting primarily of brass instruments and usually funded independently by a high-ranking officer. From rather humble beginnings these musicians continually developed to form bands attached to seven iconic household names. The bands of Royal Scots, King’s Own Scottish Borderers, Royal Highland Fusiliers, Black Watch, Queen’s Own Highlanders, Gordon Highlanders and the Argyle and Sutherland Highlanders became titans of their industry and extremely successful entities in the world of British military music.

The challenge for newly formed and amalgamated bands of the Highland and Lowland Bands of the Scottish Division in 1996 to continue the imperious and glittered legacy set by their predecessors was met admirably. Highlights from the two bands included high profile travel experiences to Hong Kong for the British handover of the region in 1997 and the fourteen states of the east coast of the United States of America respectively. Further amalgamation and defence restructuring produced the Band of the Royal Regiment of Scotland in 2006. The privilege of becoming the sole state band in Scotland in 2014 rubber stamped the credentials of the youngest chapter of Scottish military music with high profile engagements of the annual calendar now containing significant occasions such as the opening of the Scottish Parliament, the Garden Party of Holyrood Palace and the Edinburgh Tattoo. Frequent travel opportunities are still an attractive part of modern day Scottish military music. A sense of treading in the footsteps of our predecessors emerged with the opportunity to take part in commemorative ceremonies in Arras marking the centenary year of the WW1 battle and becoming the first British military band to perform in Hong Kong in June 2017: 20 years since the Highland Band visited the region.

The Band of The Royal Regiment of Scotland continue to protect and maintain the extraordinary legacy of military music in Scotland: combining the crucial traditional elements of our forefathers whilst continually engaging with the youth of Scottish society to maintain interest and support from younger generations. 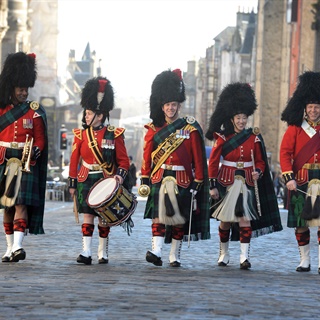 We’ve teamed up with Scotland’s best-known military band for a nationwide concert tour in 2022. 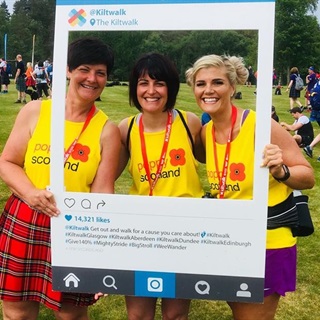 In addition to the Scottish Poppy Appeal we run an impressively exciting and diverse year-round programme of fundraising activities.

Our volunteers are the lifeblood of Poppyscotland. But we need more volunteers. We need you.