South Atlantic Medal veterans, bereaved family members and civilians who supported the Task Force are invited to attend an event at the National Memorial Arboretum in Staffordshire on Tuesday 14 June to mark 40 years since the end of the conflict. These commemorations will focus on the broad range of military and civilian involvement in all aspects of the Falklands campaign, which was unprecedented in modern times.

The names of all 255 British personnel lost their lives in the conflict are inscribed on the Armed Forces Memorial at the Arboretum.

On the morning of the event there will be an opportunity for unit associations to conduct intimate commemorations at their respective memorials within the Arboretum.

In the afternoon, the Royal British Legion will hold a special, commemorative event centred around the Armed Forces Memorial. This event will be structured around key moments in the conflict and will feature veteran testimony. At 15:00, the event will be live linked to the Falkland Islands so that our Act of Remembrance can coincide with the Act of Remembrance taking place at the 1982 Cemetery in Port Stanley (11:00 Falklands local time).

This event will bring together the experiences of veterans of the conflict from across all three of the Armed Services, as well as those Merchant Mariners, Dock Workers and other civilians that played a pivotal role in supporting the Task Force.

The Falklands 40 Commemorative Event is open to veterans of the Falklands Conflict in receipt of the South Atlantic Medal, Bereaved Family Members of the 255 service personnel who lost their lives during the war, and civilians who supported the Task Force, such as the Merchant Navy and Dock Workers. All attendees are entitled to bring one guest with them to the event.

E-tickets will be sent out to all attendees 6 weeks before the event.

Any eligible attendees who are not affiliated to an association, or for any other queries, please take a look at our FAQs below or email falklands@britishlegion.org.uk

How do I register to attend the Falklands 40 commemorative event?

Registration for this event has now closed.

If you have any questions regarding registration, please contact falklands@britishlegion.org.uk

What if I am a veteran of the Falklands 40 conflict but not a member of my Regimental, Service or Civilian Association. How do I attend?

We ask that anyone wishing to attend the Falklands 40 commemorative event make contact their respective association representee to register their interest to attend, even if they are not a member. Links to the Royal British Legion's registration portal will only be sent to attendees validated by associations in advance.

If individuals have no affiliation to any service or unit association, then please email falklands@britishlegion.org.uk

Will the National Memorial Arboretum still be open to the public on 14 June?

The National Memorial Arboretum will be open to the public on 14 June with tickets available to pre-book nearer the time for those wishing to observe the event and pay their respects on this day but are not eligible for the RBL hosted event.

More information on how to pre-book tickets will be available on the National Memorial Arboretum’s website.

When will I receive my ticket to the Falklands 40 commemorative event?

E-tickets will be sent out via email approximately 6 weeks before the event. E-tickets will only be issued when accreditation has been completed, and all tickets are non-transferable. If you have any questions regards your ticket, please email falklands@britishlegion.org.uk

What time does the National Memorial Arboretum open?

The National Memorial Arboretum will open at 9am.

Will I have an opportunity to visit my unit’s memorial?

Yes, access to all memorials will be available throughout the day. In addition, service and unit associations have been offered the opportunity to conduct intimate services at their respective memorial's between 09:30 and midday.

What time will the main Falklands 40 service take place?

The main ceremony and Act of Remembrance Service will begin at the central Armed Forces Memorial at 13:30, with a live link to the Falkland Islands at 14:45.

What do I need to bring with me on the day?

On arrival you will be asked to present your E-ticket confirmation email, either in a digital or printed format. Each ticket holder will be requested to produce photographic identification along with their E-ticket for validation.

Acceptable forms of photographic identification are:

Failure to present suitable photographic identification will result in the prevention of entry to the event. Please note that random bag searches may be carried out by the Police and only small handbags will be permitted into the event.

The need for COVID Pass/negative LFT result may still be a government requirement for entrance to certain venues in 2022 so please be prepared to provide evidence of either of these on arrival.

I’m arriving by car/motorbike - where can I park?

Falklands 40 Commemorative Event ticket holders arriving by car or motorbike will have parking provided as part of your ticket. There is no need to further book parking at the Arboretum in advance. More detailed information on parking locations will be provided nearer to the day of the event.

What if I am travelling by train?

Is the National Memorial Arboretum accessible?

The Remembrance Centre is flat with levelled access into the building and ramped access to the grounds. The grounds of the Arboretum are largely flat and there are lots of areas of hard standing paths to use as you explore. Many of the memorials are positioned on grassed areas so care should be taken when accessing these.

To aid access, wheelchairs and mobility scooters can be hired for a small charge, subject to availability. Please see the National Memorial Arboretum website for more information.

What facilities will be available on the day?

Toilets, including accessible toilets, will be available throughout the Remembrance Centre and grounds. These will be monitored by a member of staff and cleaned regularly to ensure the health and safety of our guests.

Will there be food and drink available?

A selection of food and drink will be available from throughout the day.

What is the dress code for guests?

Lounge suit, Service Dress and equivalent. Headdress and medals may also be worn.

Will the service go ahead in inclement weather?

The Falklands 40 service will take place in the event of inclement weather. Please consider wet weather jackets and small umbrellas if weather dictates.

What COVID-19 precautions will be in place?

The Arboretum and the Royal British Legion will be closely monitoring Government guidelines on COVID-19 and will put in place measures to support any restrictions imposed by the Government at the time of the event.

If you are suffering any of the known symptoms of COVID-19 you are asked to please not attend the event for the safety of guests and event staff. If you are unable to attend or have any questions relating to COVID-19, please email falklands@britishlegion.org.uk. 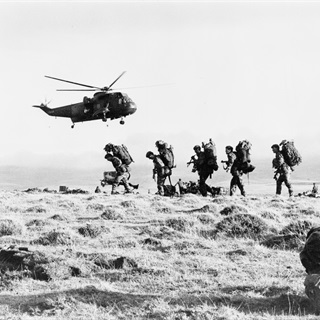 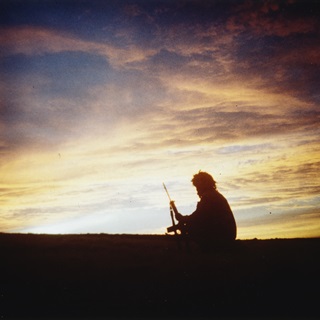